Today is the 4th day of BMPS, Team Orange Rock performed very well on the third day. By the end of the third day, Team Soul was in the first position and Orange Rock in the second position. Team Xo’s third day went very badly, they took out only 5 points on the 3rd day. Team Soul’s dominance was seen on the first day of the bmps, on the second day, he scored 27 points in 4 matches, being the average day of the Soul team. 3rd day Team Soul Gain 70 Points. On the 3rd day of Bmps, the Invited team had a great performance. There are 8 Invite teams out of the top 10 in the points table.

The Battle Ground Mobile India Pro Series (Bmps) has started, in which a total 24 teams are playing. Which is divided into 3 groups, out of which the top 16 teams will go to the finals and 8 teams will be eliminated. 24 teams were selected to reach the fourth round of BMOC 2022. These 24 teams will now advance to BMPS Season:1. 32 teams were in the final round of BMOC 2022, and the other 32 teams were invited to play the game. These 64 teams are now being divided into four groups with 16 teams each.

Each team will play four matches a day in the Round Robin format, making it 16 matches per week. total per Team Play 48 Match and Top 16 team Qualified for Bmps Final (9th to 12th June). 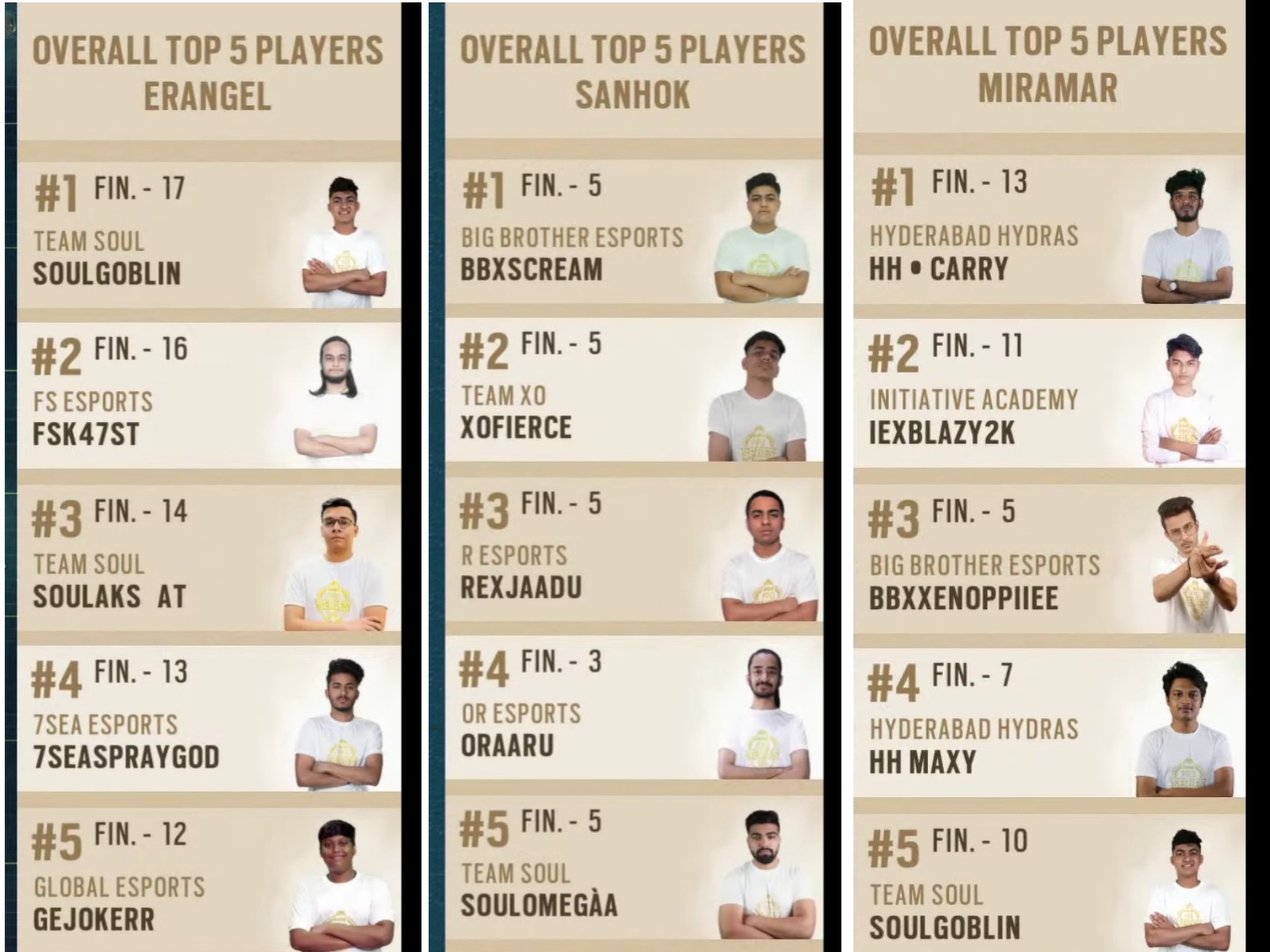