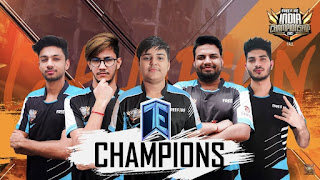 Who is Og iconic

Og Iconic Aka Dev Kumar Yaduvanshi is a professional Esports Player And Content Creator For Team Orangutan. Iconic is 20 years old and he hails from Agra, Uttar Pradesh. Iconic hails from an Agra middle class family, his father is in the Indian Army and his mother is in the police. Iconic started playing Free Fire in 2019, Iconic first came into limelight during India Today tournament. In that tournament, Iconic’s team came in 2nd position while performing brilliantly.

Iconic comes from a middle class family living in Agra, Uttar Pradesh. His father is in the Indian Army and his mother is in the police. In the beginning, the parents of Iconic used to stop him from playing the game.Iconic asked his parents for a year’s time and he joined esports in one year, then his family members also started supporting him. Right now his parents support him and he is happy.

Iconic entered Free Fire Esports in 2019, their first team name was Nightmare. Playing for Nightmare, he participated in the tournament organised by India Today in 2019, which had a huge prize pool. Nightmare’s team came second in India Today’s 35 lakh prize pool tournament. In that tournament, Iconic’s team won 4 lakh rupees, which was a lot at that time. The tournament organised by India Today was held in Delhi and Iconic got the silver medal in that tournament and it was proved.
After that he joined another team in which Killer used to play with him. While playing with Killer, he got those offers from Team Elite and he also joined Team Elite with Killer. Right now he plays for Team Orangutan and Killer also plays with him from the same team. Killer is a very good friend of Iconic, once during an interview Iconic was asked the question, Who is your favourite teammate?” Then Iconic wrote the name of the killer on the board and told everyone. 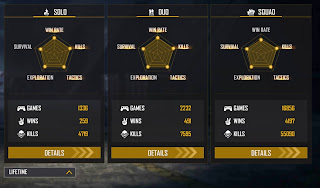 Iconic started its YouTube channel on 2 November 2018. Till now he has uploaded 79 videos on his channel in which he has got 230k subscribers. Iconic also streams Free Fire live and uploads tournament highlights videos on their channel.
According to Social Blade, Iconic’s monthly YouTube earnings range from $174 to $2.7K. Apart from this, his one-year YouTube earnings range from $2.1K to $33.4K.

What is Iconic’s FF ID?

Who is Team Elite Iconic?

What is Age of Iconic FF?

What is the Real Name of Iconic FF?