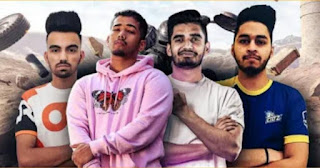 Xspark Is Indian Esports Organization For Battle Ground Mobile India. Scout Aka Tanmay Singh is the Owner of Team Xspark. Scout had made this team in 2019, at that time their team played Aditya, Destro and 420op. Team Xspark also won PMCO 2019 at that time in which Aditya became the MVP. Team Xspark is one of the best teams in India in recent times. Mavi Was igling the team and he comes in the top IGL of India. Gill And Ultron Play Assaulter Roll  And Scout play Support Roll For Team. Clowny is a new Addiction of Team X, he plays 5th player Roll. He is Also a Good Assaulter.

Mavi aka Harmandeep Singh is a professional esports player who currently plays for Team Xspark. Mavi was born on 15 July 1998 in Punjab. Mavi has the role of Assault and Igl in Team Xspark, they are counted in India’s Best Igl. Before playing in Team Xspark, he used to play for Team  Soul and Orange Rock. He participated in the PUBG Mobile World League for Orange Rock, where his team performed brilliantly and finished 2nd Position. Mavi  comes top in the list of top Battle Ground Mobile IGL (In-Game  Leader)  in India.  Along with IGL, he is also one of the best Assaulters in India, his close-range game is quite good. It is very difficult to beat Mavi in ​​the TDM.  He has defeated the best player of India in TDM Many times. Mavi is a 2 thumb player and he plays on  Always Gyro on.

Scout Aka Tanmay Singh is a Professional Battle Ground Mobile Player and currently, he is playing for Team Xspark. Scout is the Owner of his Team, He created team Xspark in 2019. Scout is a very well known Bgmi player, He Is Now 23 Years Old and He Born in Valsad, Gujrat.

420 Op Real Name Is Shivamm Raghav. He is a Assaulter and IGL (in-game Leader) Of Team Xspark. 420 You have just recently joined Team Xspark. Scout told that right now Mavi will focus on Assaulting and 420 will lead the team. 420 You are a very experienced player, he has been in esports for a long time. He played for some team.

Tx Clowny Real Name is Prayjot Prabhakar Adhatrao, He is Currently Playing For Team Xspark. Clowny Play Assaulter and 5th player Role For His team. If Any Xspark players Nor Available to play, then Clowny Replace them. Before Joining Xspark Clowny Play for Team Xo.

Scout Aka Tanmay Sing is the Owner Of Team Xspark. Scout Started his Esports Organization in 2019 and After Soom Time Xspark was Disbanded. But now Scout has restarted its esports organization.

According to Reports Team Xspark Players Salary Around 1 Lakh to 2 Lakh Par Months.